Legend has it that the bad boy always gets the girl. If you have ever dated or been in a relationship, at some point you have experienced being confused about why you keep attracting the wrong guy. You know, the guy your friends are always telling you "doesn't deserve you." Sorry to brake it to you but it's not your Chance by CHANEL perfume drawing him over to you. The truth is that you are subconsciously choosing the bad boy.

What is it about the mysterious, adventurous, hard to get, harder to keep man that makes us lose our wits? We will reschedule plans, flake on friends, put in extra time on the treadmill and even pretend to enjoy to cook for the guy that gives us butterflies in our stomach. We put him on a pedestal sometimes higher than ourselves because he's charismatic, funny, and a smooth talker. If you have ever dated this bad boy then more than likely you have also experienced, being one of multiple women, poor communication ie. long awaited text responses, canceled plans, dabbled in the social media stalking and been made to feel like you aren't important. He sometimes has us feeling as if "maybe I am over reacting, aka tripping over nothing." Time and time again we tell ourselves that we will not put up with the mistreatment and that next time we are choosing the "good guy," yet when the opportunity arises, we pass them up because they are just "too nice."

The "nice guy" is the right guy

The "nice guy" is the guy that always prioritizes you, makes himself readily available, checks on you all the time, and really appreciates having your attention. So why is it that he doesn't get the girl? The hard truth is that the nice guy is boring. He wears his heart on his sleeve but pretends to be guarded to cover up the lack of backbone that the previous girl told him he didn't have. He's safe but unfortunately, doesn't give us the excitement, thrill or passion we need to stay motivated to continue investing in the relationship. He, on the other hand, is ready and willing to emotionally dive in but we just think he is too soft to settle down with. The more he tries to get us to like him the more we pull away. We blame it on a lack of chemistry but really, it's a lack of a challenge; mentally, physically, socially, and maybe even spiritually. We start to lose respect for his constant pull as we push him away. He's once again left bitter and rejected for his kindness and we then become "the bad girl" in his eyes.

Recently my girlfriend called me venting because she caught a case of the "nice guy" blues. You know how it goes, "He's a great guy but for someone else." As a Relationship Expert, it pains me to hear women frustrated about unmet needs and hurts me, even more, to be unable to give this guy insight on how to captivate a woman's heart. Maybe, just maybe, If he channeled one of the main SPICY ingredients known as "PASSION" he may have stood an actual chance.

What he fails to realize is that attaining a woman's attention is more than just playing mind games like pretending to be busy or unaffected by her.

There have been multiple studies done on the biological and psychological importance of creating the emotion of passion in sustaining a relationship. Ellen Berscheid conducted several studies on the emotions associated with love and attempted to prove physiological arousal exists. She implied that positive feelings like romantic passion, are the result of unanticipated positive interactions, what she referred to as "script disruptions" (1983, 1991; Berscheid & Ammazzalorso, 2001). These are the spontaneous moments that break up the monotony or familial experiences, therefore surprise reservations, last minute road trips, or enlightenment on an unfamiliar subject might create an emotional thrill that ignites desire. Dr. Elain Aron and husband, Dr. Arthur Aron observed that feelings of romantic passion for someone else resulted from the quest for self-expansion (1986, 1996). This is an unconscious motivation to be with a partner that provides resources to knowledge, social circles, friendships and business networks.

Individuals unknowingly have a basic motivation to want to see themselves in their partner and gain access to these resources so they too can achieve self-elevation. Psychologist, Abraham Maslow also had a relevant theory in which humans have a basic motive to reach self-actualization (1970). This is the quest to achieve the highest of human needs on the value hierarchy, which is self-growth; a person elevating to their highest potential. This is why dating a person that possesses strength, wisdom, direction, and leadership are sexy ass qualities that can make a woman say damn he pushes me to be a better version of myself.

Encouraging or encroaching on a woman to rise to a higher level of self can be a huge task, especially when he isn't naturally a "true influencer." It would require that a man challenge himself to step outside of his comfort zone. Consistently educating, absorbing, and devouring information would then result in an abundance/overflow of inspiration and creativity to share with the object of his heart's desire. If this is something he isn't capable of achieving due to laziness, procrastination or a lack of self-passion, well then he will, in fact, be the nice guy that finishes last and alone.

Check out the SPICY Fundamentals at TheSpicyLife.com

Aron A., Aron E. N. (1986) Love and the expansion of self: Understanding attraction and satisfaction. New York: Hemisphere. Google Scholar 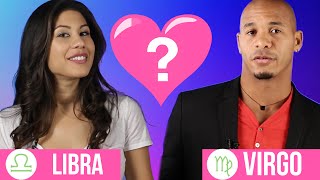 The Top Five Things Every Divorcee Should Do Before Dating Again

Speed Dating Has Its Benefits

3 Reasons Why You May Be Single Forever